Enemy of the World, at last!! 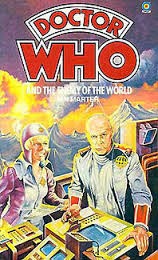 So finally, The Enemy of the World can be viewed by the masses! I had read the novelization, wonderfully penned by Ian Marter, so when I heard it had been discovered I was excited. The chance to see Troughton playing the treacherous Salamander as well as the Doctor, and it was worth the wait! All involved do a wonderful job, from David Whitaker's script to Cristopher Pemsel's design work. Amazingly nothing disappoints and Barry Letts, who would later produce Jon Pertwee's era, does a great job directing the action. My most favorite part is seeing Troughton pulling off two different characterizations, moving from Salamander to the Doctor, really amazing!!

The story starts on an Australian beach, with the Doctor taking a swim while Jamie and Victoria look on in amusement. Soon they become victims of mistaken identity, eventually being taken to a man named Giles Kent. He is looking for a way to prove that Ramon Salamander is not the humanitarian philanthropist he claims to be, and the Doctor may be the key to making that happen. There is intrigue, bluffs, twists and turns. When you think you have it figured out, something new pops up and, though it is a six part story, the pacing does not drag. The climax is exciting, but is resolved a bit quickly for my taste. 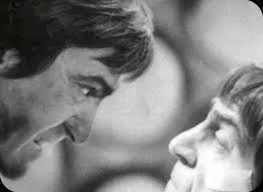 It is available on iTunes currently, and BBC plans to release the dvd November 25, 2013. If you are a classic Doctor Who fan, this will be a welcome addition to your collection. Let me know what you think!