Alucar, city of the future

Polishing my Cryptworld scenario that I began this past November, making necessary corrections/additions. Starting on a new Pacesetter project..... 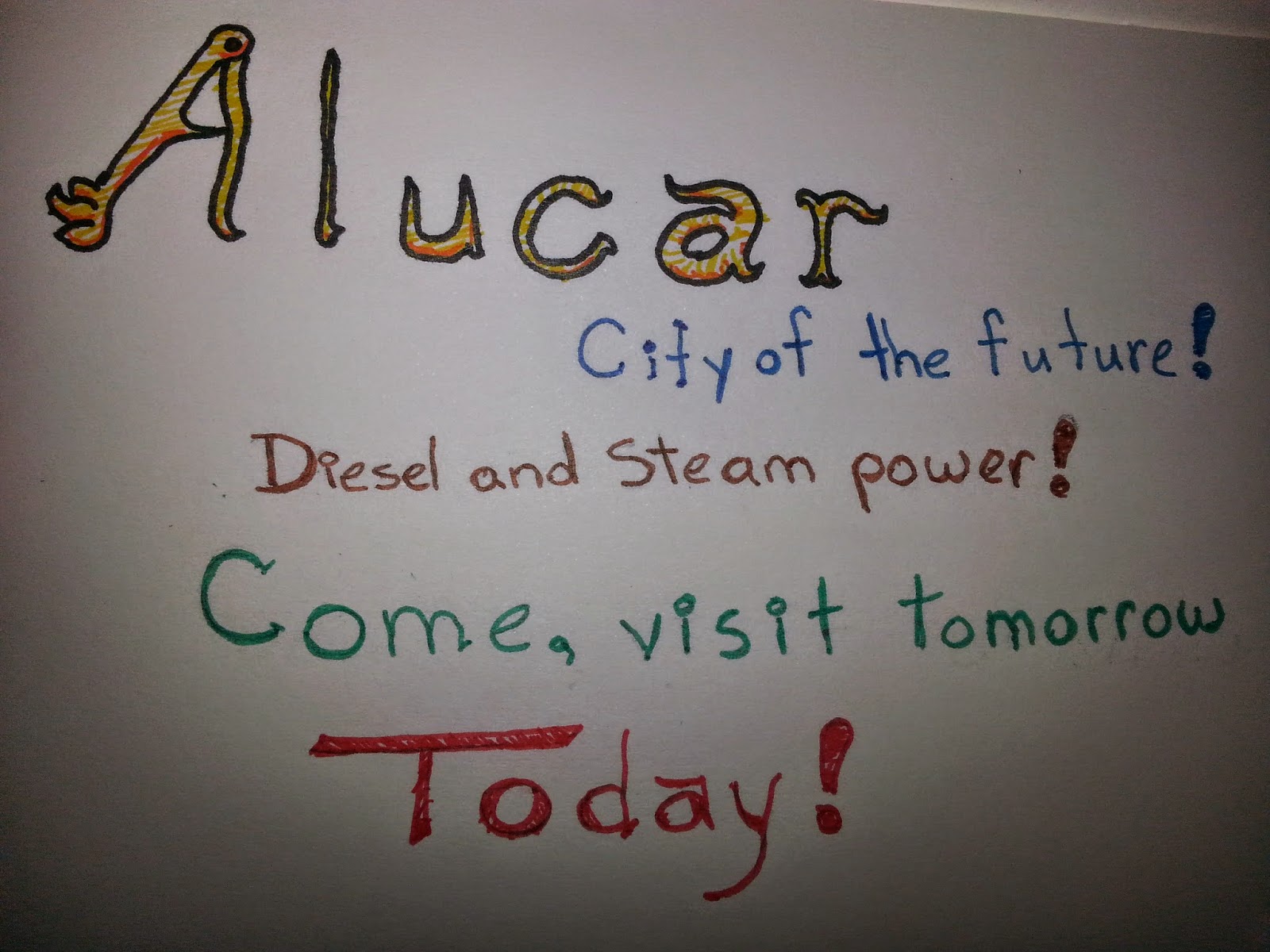 Just a little something I came up with while on break at work. What if at the start of the 20th century, a city was built to be a technological marvel. People flock to this city and are amazed by the wonders contained their in. There is a monorail and clockwork "guards" at city hall. The main creator of these things has his laboratory, known as the Steam Works, at the heart of this place.

Then tragedy strikes, as a massive sinkhole opens and swallows everything. Not everyone survives, but those who do learn to adapt to their new surroundings. It takes a year for city to pull itself together, and now it is up to the players how to proceed. Stay in town and deal with local issues, or strike out and explore the various caverns branching off from Alucar? Go crazy and do both, maybe figure out what caused the catastrophe in the first place?

I may be running a game tomorrow, if the snow does not scare off my players. Depending on how many show up, I may run my Cryptworld game, Dwimmermount, or a little test run of Alucar. I will let you all know how that shakes out. Later guys, take care! 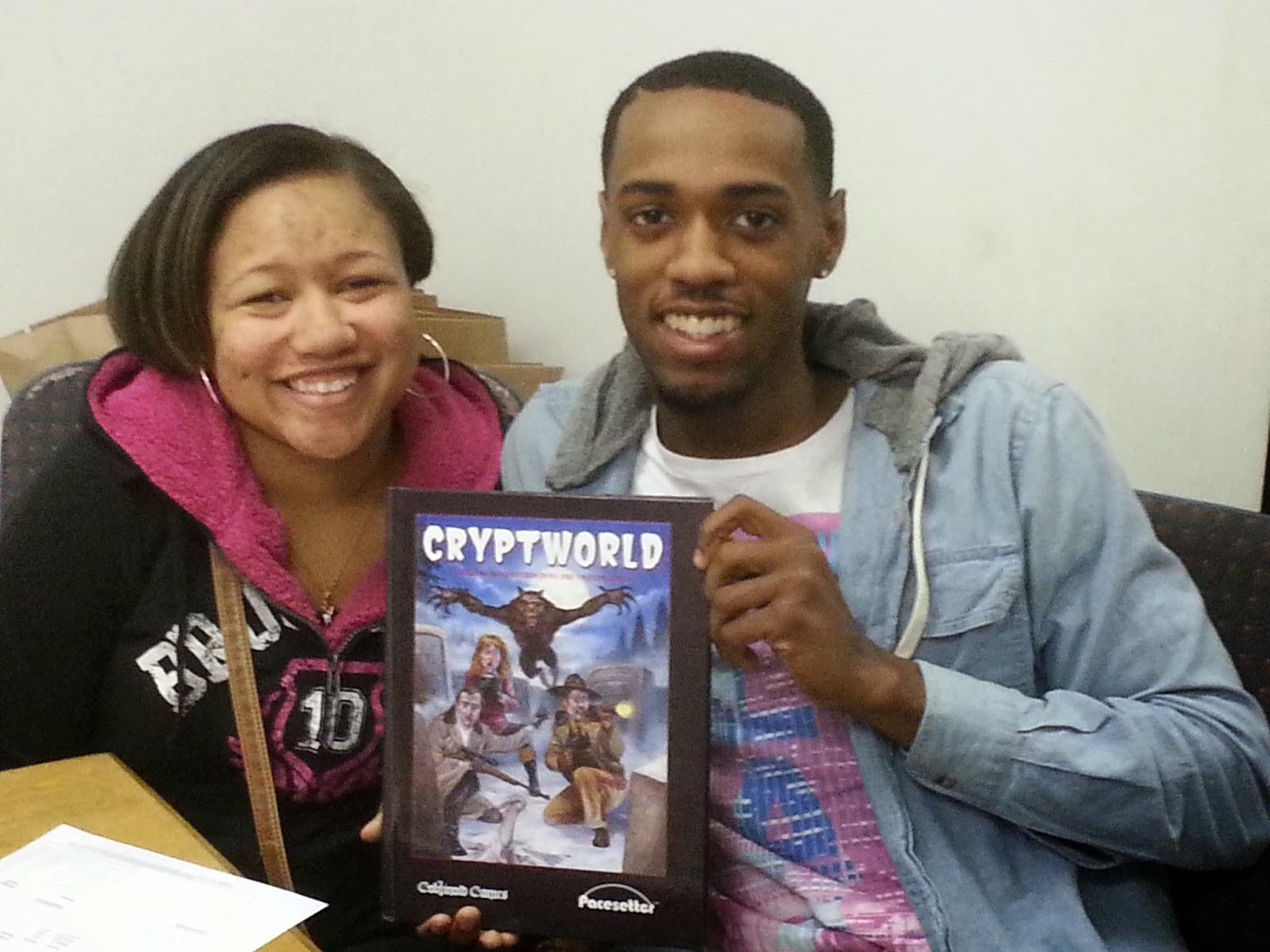 Since the end of last year I have been encouraging some of my co-workers to participate in some role playing games. My first victims were Daniel and Shereea, who I ran through the introductory Cryptworld scenario "Red Eye". It was a lot of fun, though they almost learned the hard way that they should have a plan before you confront the big bad.

My next test subjects, er players were Jeremiah, Vickie and the venerable Tim Snider. I ran them through part if the first level of Dwimmermount, using Labyrinth Lord rules. It was great helping two new players navigate the start of this amazing mega dungeon. I asked each player to come up with a reason their character wanted to explore; Jeremiah's fighter wanted gold, Tim's cleric wanted to help maintain the balance between law and chaos, and Vickie's elf wanted to find out more about her culture (since Dwimmermount is where elves originated) It was a great start and I hope to get them back to finish exploring, unfortunately I did not get a picture of that group nor the next.

I ran a playtest of a Cryptworld scenario I have been working on and Shereea, Barbara(newbie), Drew Bergstrom and Tim Snider. Everything went fine despite the two newer players needing to leave early. I am hoping to run a game on the 22nd of February, if I get different players I may test my Cryptworld game on them, either way I will keep you all up to date.

What this has done is give me additional confidence, especially in regards to running Cryptworld. Also the desire to work on more stuff for secret setting using the Pacesetter rules. More to come!