Things have been busy around here with conventions, artwork and real life taking my time. Last weekend was Con the Cob 2014, and man was it fun. I ran two scheduled games plus a pick up game, and played in two games. I arrived Thursday just in time to run my first game, Dwimmermount using Labyrinth Lord. Three people showed up including Tim shorts (Gothridge Manor), Ken H. (Rusty Battleaxe), and Dave (Forgotten Runes). The session went well, the group made two forays into the dungeon, their characters needed a break midway through the session. Just before the end, one of them got a bit greedy and died from a trap. Later that evening I got to play in Tim Snider's (Savage Afterworld) Death in the Dust Cryptworld game. The Pacesetter system is amazing, plus Tim runs a fantastic game. Our Pc's were investigating an old mining town being turned into a theme park(?) where terrible vandalism has taken place. A couple friends of mine joined me, as well as Tim Shorts and Ken H. Everyone had a great time, if you have a chance to play in a game run by Mr. Snider then I highly recommend it.

Now, before I get into Friday, I should talk about two important aspects of the dealer's room. Tim Snider was manning the Goblinoid Games/Pacesetter booth and Roy Snider was in charge of the Goodman Games booth. From Tim I acquired Rotworld and Time Master, and from Roy I worked on completing my DCC fanzine collection, I'll write more about what I got later.

First thing Friday, I played in Tim's Thundarr the Barbarian game. I got to play the mokk in training,Oosoo the mokk. My die rolls fit in with the neophyte angle, since I couldn't make any decent rolls. Oddly I was the only person to damage Thundarr. Thankfully my luck turned around and I dealt the final blow to the villain. Next I ran Mutant Future for four, this was one of the scheduled games but apparently I talked it enough that they were all my friends. We had a great time as they explored the last tower of Ol' Bus, scavenging for supplies and artifacts.


I was really looking forward to Saturday, since that was when I would unveil my Patrick Troughton second Doctor costume. 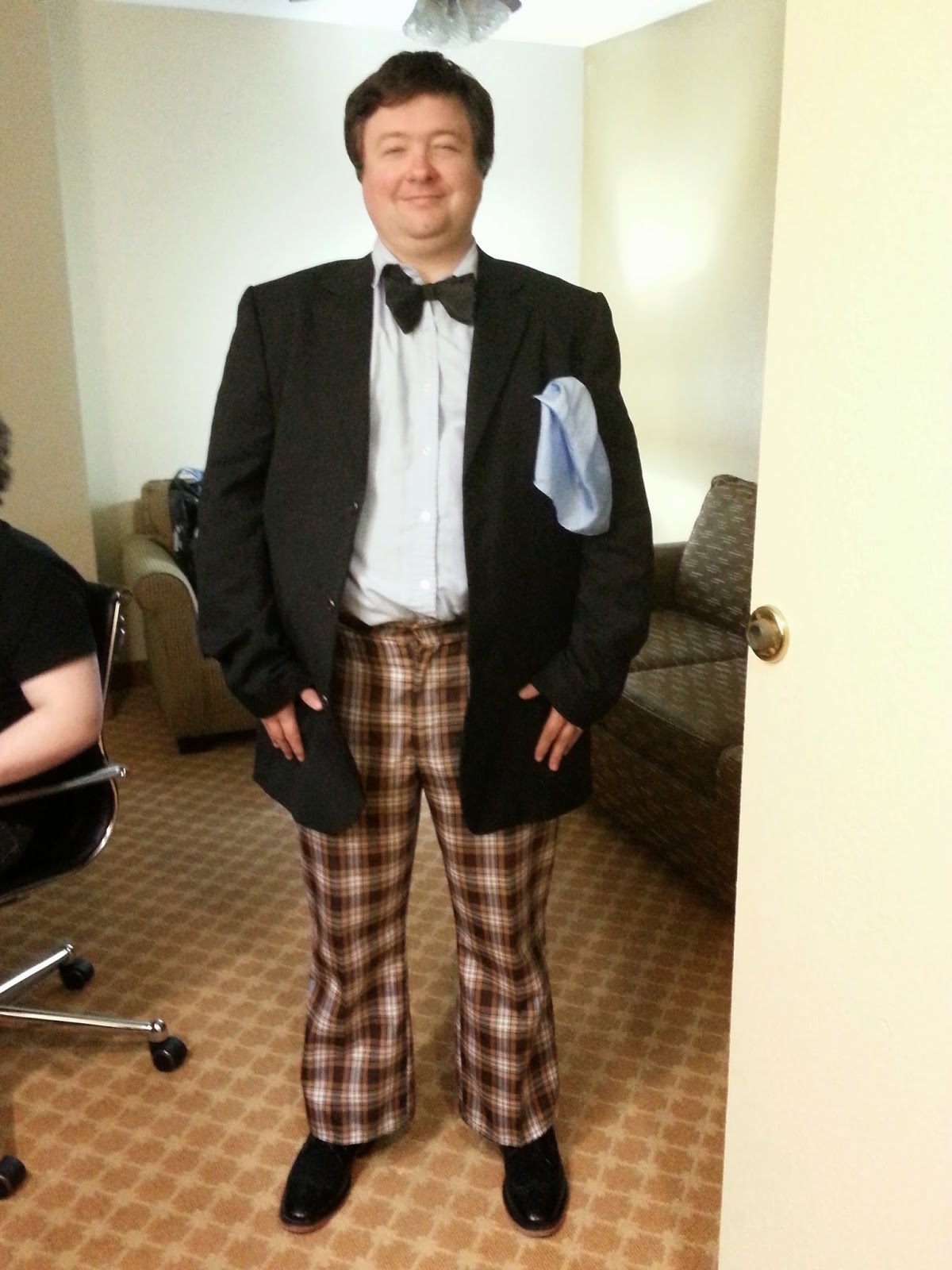 Wow, look at those pants! The next thing I was looking forward to was three of my friends (Jason, Chuck and Derrick) wanted to play Dwimmermount. I had my notes from the previous game, since my plan was to run subsequent games as if they had occurred in real time (ie. doors that were battered down would be that way, dead monsters would be laying wherever they fell) Ironically the entered a different way and therefore it never came into play. It was lots of fun and ended on a tpk.

Con on the Cob, once again, was awesome. This year even more so, and I will be back next year, definitely running games again. Hopefully showing some artwork as well.